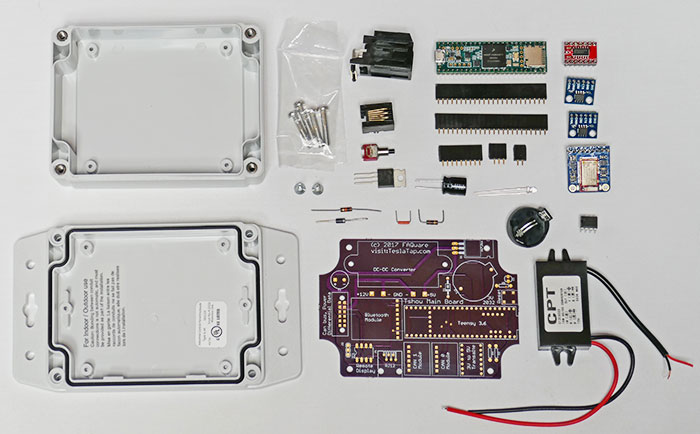 Using the Tshow mainboard, assemble and solder all the parts. I started with the DC/DC converter, using two 3/8” long self-tapping screws to hold it in place.

The female headers are probably not necessary, but it makes debugging far easier if something is not working right. The LED should be side mounted so it will poke out from the enclosure in the same direction as the reset button.
On the CAN bus modules, you need to remove the 120-ohm surface mount termination resistor. You can desolder it, or perhaps break it off with longnose plyers. The Tesla CAN bus already has the necessary termination resistors.  For the Plaid/3/Y only CAN 0 Module (labeled on PCB) is needed.  CAN 1 is only needed for the Refreshed S. 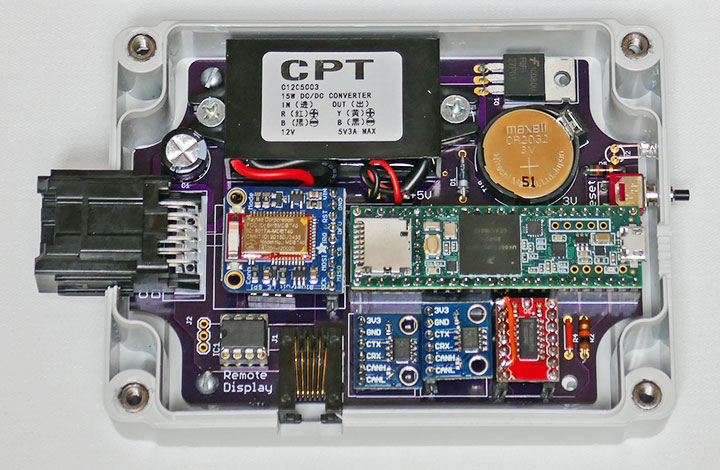 For my first design, I used an off-the-shelf grey plastic box that requires some modifications and holes.  I mounted the completed PCB assembly at the top of the box (without flanges). You’ll need two holes for the reset button and LED. Two rectangular holes are needed for the two connectors. I also made a partial opening for the USB port so I could load new software when the case is open.

The bottom of the grey box will need a partial cut for the smaller connector. The larger connector needs a much larger cut, including part of the mounting tab, which must be cut away. Most of these cuts I made with a table saw, which makes for a clean cut. I’m sure there are other ways to do this work.

With Plaid, I made a new 3D printed box that is thinner and overall is a better design.  The 3D printed box includes cutouts for an optional OBD-II connector for debugging and/or using a Bluetooth adapter with an app like Scan My Tesla. It also has a cutout for an RJ45, which I hard-wired to the PCB for an optional OLED display. 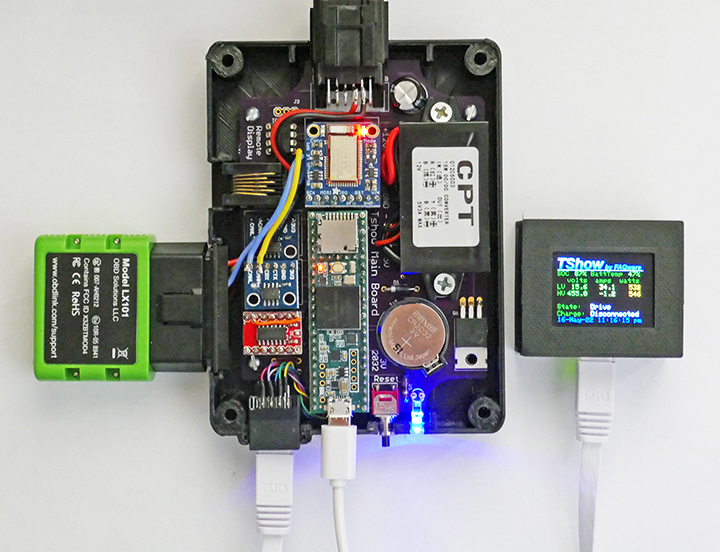 This processor module label can be printed on adhesive paper and cut to fit the indent on the top of the plastic box. 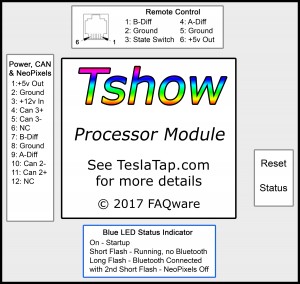 The box is screwed together with four screws, included with the box. 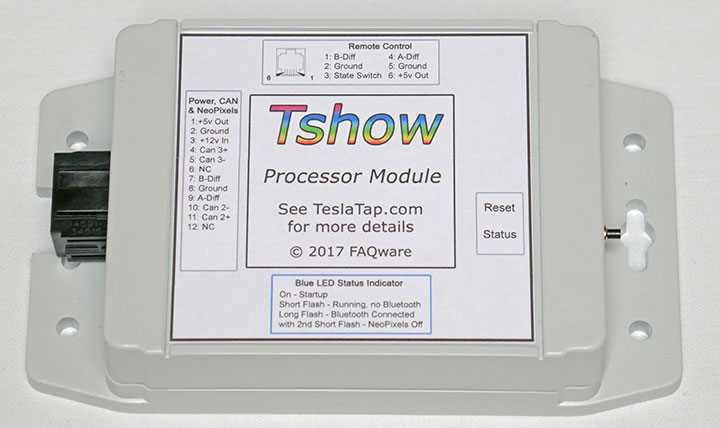 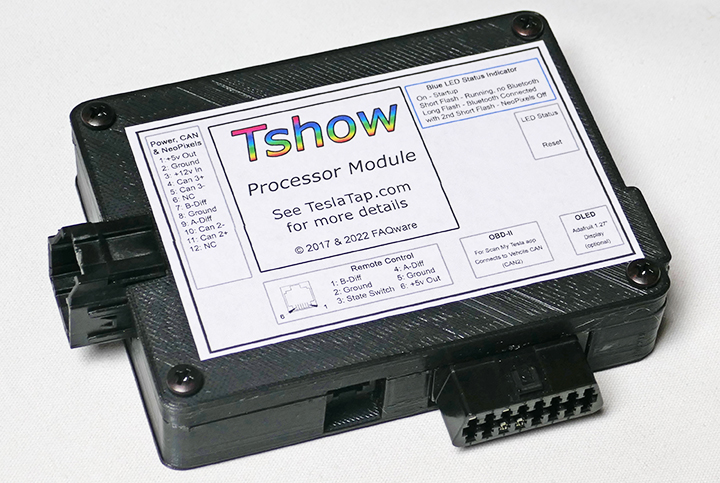 Am I missing a link to download the Tshow Mainboard, Printed Circuit Board to be sent to one’s favourite PCB fabricator?