Tesla used to offer an option that installs two adjustable cup-holder straps to the front of the rear-seat bottom.  Owner reviews have been generally poor although some owners do like it. The placement is a bit low. These are no longer available on the Tesla site. 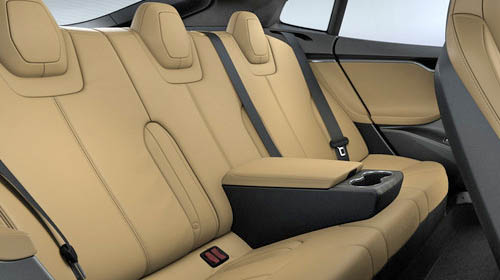 Evannex offers a nice rear seat center console that is both a center armrest and has dual cupholders. Here is the Evannex armrest in cream, but it is available in 5 colors to match your interior. 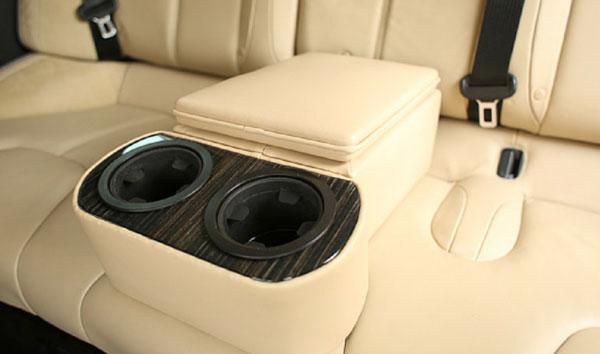 NoFNGas has the Tesla Model S Rear Cup Holder Console. It is small enough to not take up a seating position as it fits on the floor between the back seat and the center pedestal. It can be installed and removed quickly.  A lighted cupholder version is also available (not shown), and several different materials are available at NoFNGas.com. 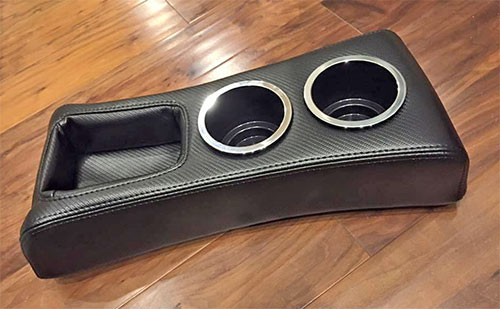 Revozport offers an LCD screen and cupholders module for the rear passengers. Designed specifically for the Tesla Model S, it cleverly surrounds the center console without interfering with the vents or front armrests. (This appears to be out of production now). 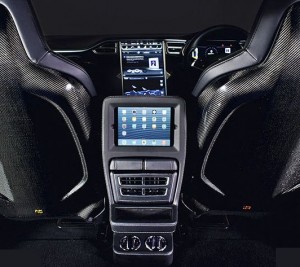 TeslaCupholders makes both a front and rear pair of relatively low-cost cup holder additions that attach to the center pedestal. Each includes a slot for cell phones. They also offer a number of visual choices. 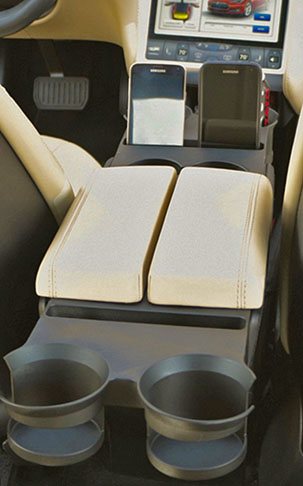 TSI Products makes a generic product to fit into the back seat but is not specifically designed for Tesla. 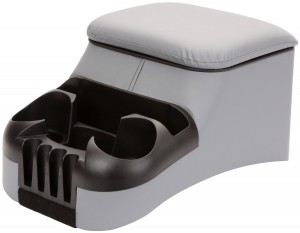 I put two of these on a 1″ loop (zip tie) instead of all the mounting junk. They hang on Model S rear door handles fine and they contain the kids’ junk and keep drinks from spilling. https://www.rubbermaid.com/car-organization

I purchased the “Tesla Outlets rear cupholder console” off of ebay and couldn’t be happier – he put a plain black leather on mine instead of the carbon fiber look – it’s great. Doesn’t detract from the interior elegance like the other options, allows for 3 people to sit in the back, and is easily removable – couldn’t be happier. I had the led’s added and the kids love it. I highly recommend it. I’m hoping he does a mini-version that fits in the front – you won’t be disappointed.

I think I just saw that there is a ‘foam’ version of that console now for much cheaper on ebay. I think it’s exactly the same thing without the leather covering – if you want cheap but effective, I’m sure that would work very well.

Has anybody looked into the cupholder option floor console that I’ve seen on eBay recently?

Good find! I hadn’t seen it before. I’ll find out more and see about adding it to our list.